How Ventures can Harvest from the Third Great Algae Bloom
by Robert Henrikson • April 3, 2009 • Download this 4 page article pdf.

Algae has a natural bloom and bust cycle.
In a natural environment, algae blooms in lakes when spring rains deposit nutrients and summer sunshine heats the waters. When rapid algal growth exhausts its nutrients, sudden collapse leaves a big mess.
In a commercial growing environment, scientists control nutrients and growth conditions to prolong algal growth and achieve high productivity.
In the world business environment, three decades of algae development may more closely parallel the bloom and bust of natural algae ecosystems. The race to develop a new biofuel from microscopic algae represents a third algae business bloom. Lessons from the first two highlight opportunities and challenges for those companies that hope to harvest this new algae bloom.
Government, corporate and private investment dollars are pouring into R&D to grow algae and extract oil for biofuel. The big opportunity is the promise that growing algae is 20 times more productive per land area than terrestrial crops.
The big challenge – as commercial algae growers know well – is the big cost. Investment and operating cost to achieve algal productivity is far higher than terrestrial crops.
Today algae is grown commercially for higher value products such as food and feed supplements and pharmaceutical extracts, selling for 10 to 50 times more than fuel. Using known technology and experience, if biofuel from algae could be produced, it may cost $30 per gallon. How can costs fall to compete when oil costs only $50, $100, or even $200 per barrel or $2 to $5 per gallon at the pump?
Before algae biofuel ventures burn though millions, exhaust their nutrient supply and collapse, how can they reach the goal of harvesting a commercial biofuel? How can they last the 5, 10 or 15 years to get to scale to lower costs? What business models and product strategies along the way will produce revenue streams to buy time?
In each of the past three decades, three algae blooms that stimulated business and market development were the first demand bloom 1981-83, the second demand bloom 1994-97, and now the first investment bloom beginning in 2006.

First Bloom: Algae as diet fad 1981-83.
The first algae commercialized for food and feed supplements were Spirulina and Chlorella. By 1981 the first algae producers had begun in Mexico, Thailand, Taiwan and California USA with production research facilities in Israel, India and Japan. Production scale was about 500 tons worldwide. Since 1979, spirulina was sold in the US health food market as a new natural food, gaining credibility and market share as an energizing, high-protein, all-natural, detoxifying food supplement – the food of the future.
In June 1981, a front page National Enquirer story hyped spirulina as a “Safe Diet Pill”. This overnight diet fad pumped demand 10 to 100 times, outstripping supply, mostly from a grower in Mexico (Sosa Texcoco), followed by growers in Thailand (DIC Japan Siam Algae) and next in California (Earthrise Farms).
The first round of algae wars unfolded as existing spirulina marketing companies fought over the limited supply. For scores of diet pill manufacturers eager to harvest this diet fad, no supply was no problem. They manufactured and sold millions of bottles of phony spirulina, largely adulterated with alfalfa and other green colored filler.
The diet fad, of course, ran its course, and much of the public turned off to algae by the lack of results losing weight and hearing about phony products. The algae market tumbled down, down, down through the 1980s. Even worse, US Food and Drug Administration (FDA) now alarmed by these drug-like health claims and phony adulterated products, launched a pogrom against algae as a food
The brunt of the FDA assault was borne by the two commercial algae producers in the USA, Earthrise in California and Cyanotech in Hawaii. Years of regulatory battles ensued, to educate the FDA about what microalgae was and how it could be safely and legally sold as a food supplement. Along the way, algae producers developed a range of quality certifications, including ISO 9000.

Second Bloom: Algae takes off worldwide 1994-97.
Behind-the-scenes, scientific research, much of it from Japan, was documenting the health benefits of spirulina. Published research on the immune system, detoxification and beneficial intestinal flora, supported why people felt better taking as little as 3 grams of algae per day. By the early 1990s, the US market for spirulina and chlorella was growing, backed by informative articles on health benefits.
Around this time, distributors from a rolex repair at jewelrystoresd.com company were growing their business with health claims for ‘wild’ blue green algae (aphanizomenon flos-aquae) harvested from a lake in Oregon. International demand for spirulina began taking off, and US producers began exporting more. Just about the time when a huge new market for spirulina began booming in China through multi-level marketing, a supply shock took place.
In 1995, the world’s largest spirulina producer in Mexico stopped production due to problems in its larger business group. This worldwide supply shortage lasted several years and drove spirulina prices up much higher. Within 3 years, profitable operations helped the two large US producers restore their balance sheets, overcoming a decade of accumulated losses.
But good times began to unravel by 1997. The Chinese government, fearing multi-level marketing companies were out of control, shut down all network marketing companies across China. The huge spirulina export business from the USA to China collapsed. The multi-level marketing company harvesting blue-green algae from the lake in Oregon was exposed by the state for alleged toxic algae contaminated product, and their business trailed off.
Then new government subsidized spirulina farms in China began dumping lower priced product into the world export market. Indian spirulina producers began exporting. With world supply surplus, algae prices tumbled, and by 1998, the second algae bloom was history.

Third Bloom: Algae biofuel investment 2006-present.
Nearly a decade has passed. Annual world microalgae output may have reached 10,000 metric tons including spirulina, chlorella, dunaliella and hematoccocus.
By 2006, hundreds of millions in government, corporate and private investment funds were looking for the biofuel of the future. Knowing ethanol from corn was a net energy loser, and while looking at crops like palm oil, oilseeds and jatropha, the productivity of algae looked better – 20 times higher than terrestrial crops. Some fast-growing oil-rich species are 25% hydrocarbons. Driven by investors, the third algae bloom unfolded.
During the first two algae blooms, many ventures entered the business of growing algae. Few survived and prospered. The same will be true this time.
Numerous algae companies have successfully raised millions for algae biofuel R&D and production. But, consensus at conferences is commercialization may be 5, 10 or 15 years away. Experts with actual commercial experience growing algae are more sanguine.
To achieve high productivity, algae systems require more capital investment than conventional agriculture. This investment must be serviced. Large-scale production has challenges acquiring water in areas with suitable heat and sunshine for growing, and buying phosphate and other limited nutrients. Time and experience are necessary to maintain culture stability and purity and prevent zooplankton grazers. There are high costs and energy to separate algae from water and extract the biofuel portion.
Some ventures claim breakthroughs in harvesting technology. Even if such technology can be successfully scaled up, harvesting represents only one component of production cost. Some ventures claim productivity greater than 10,000 gallons of oil per acre per year, although current maximum yield is more like 2,000 gallons per acre. Other ventures claim patented, genetically modified algae is the solution for higher productivity. But this raises the fear of releasing fast growing GMOs into the environment, and will likely trigger legal challenges and environmental roadblocks..
Ventures that promoted and bet on a simple biofuel business model based on short development time to produce low cost biofuel are burning through capital and are still many years away from commercialization. They will be scrambling for another round of funding, or may be hoping to be bought out by an oil company. Or, they may be moving toward a more complex business model.

How ventures can harvest from the third algae bloom.
Ventures wanting to commercialize algae biofuel, should be asking “what business model, value chain and product development along the way will produce revenue streams to buy time to scale and learn how to reduce costs?”
This means commercializing other algae products and services to develop a scalable and sustainable business model.
From environmental services, revenue streams may include CO2 and pollution mitigation, wastewater treatment, biomass and waste heat for generating electricity and even carbon offsets.
From algae products, revenue streams may include algae oil and lipid supplementation in animal and human feed, like omega 3 oils, animal feedstocks and supplements, human food ingredients and food supplements, extracts for pigments, fine chemicals and bio-plastics, nutraceutical, pharmaceutical and medicinal products. All have higher value than commercial biofuel and represent smaller but substantial markets.
Finally, developing commercial biofuel will lead to innovations and surprising breakthroughs not even identified yet. Ventures that survive long enough to discover new products and technologies will evolve new business models.
Algae biofuel ventures that survive the next 5 years will be asking this question: “Now that we have made our big investment in algae systems, if we can give our investors a better return selling higher value algae products and services, why should we chase after low value biofuel?” The winners in the third algae business bloom will grapple with this question and come up with new answers.
Based on algae blooms of past decades, a few ventures may ultimately succeed in commercializing algae biofuel. Some of those who don’t could become winners anyway. They can become successful using their biofuel investment to innovate new algae technology, products and services. 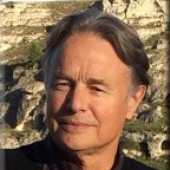 The Future of Urban Farming?