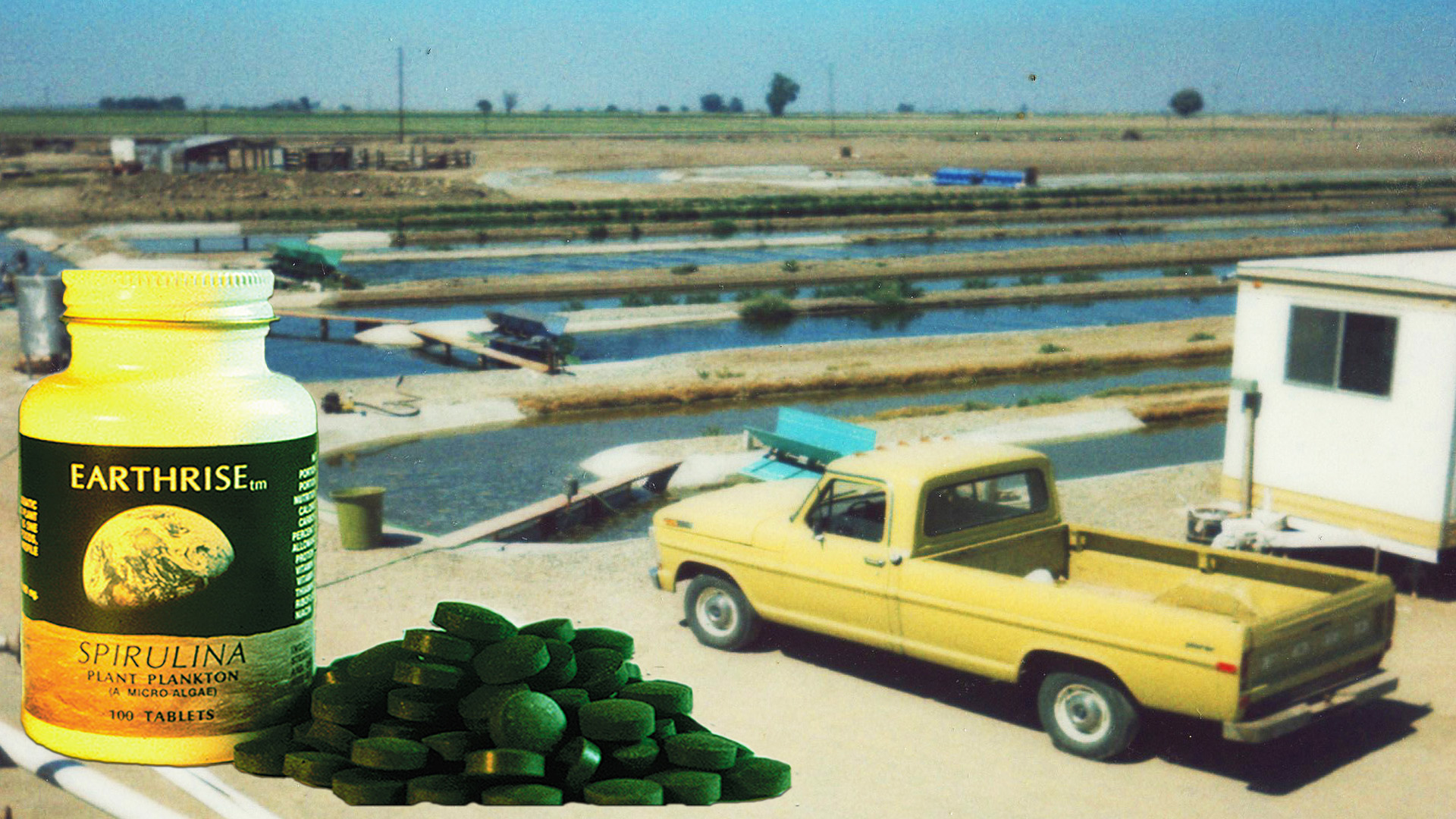 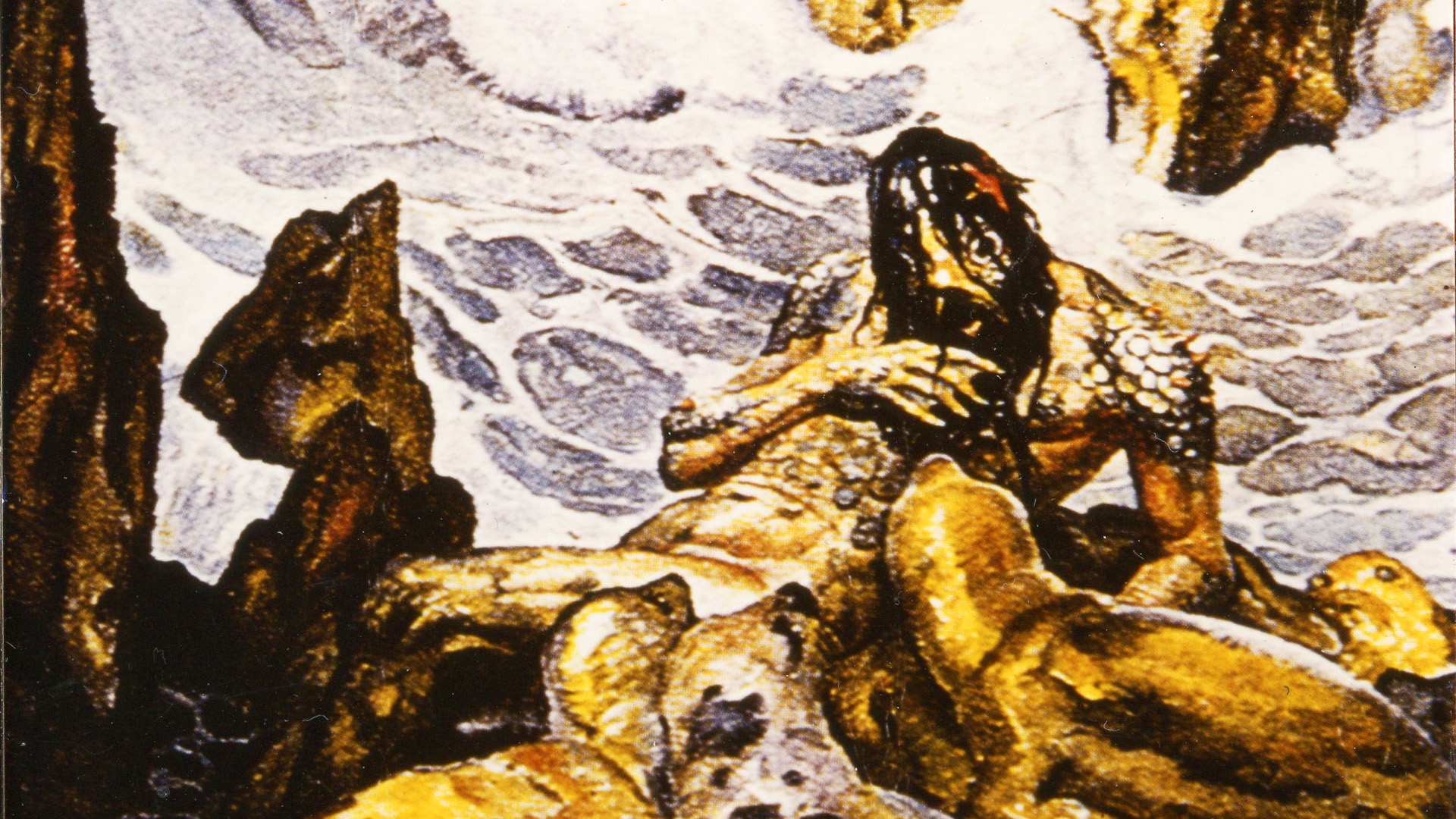 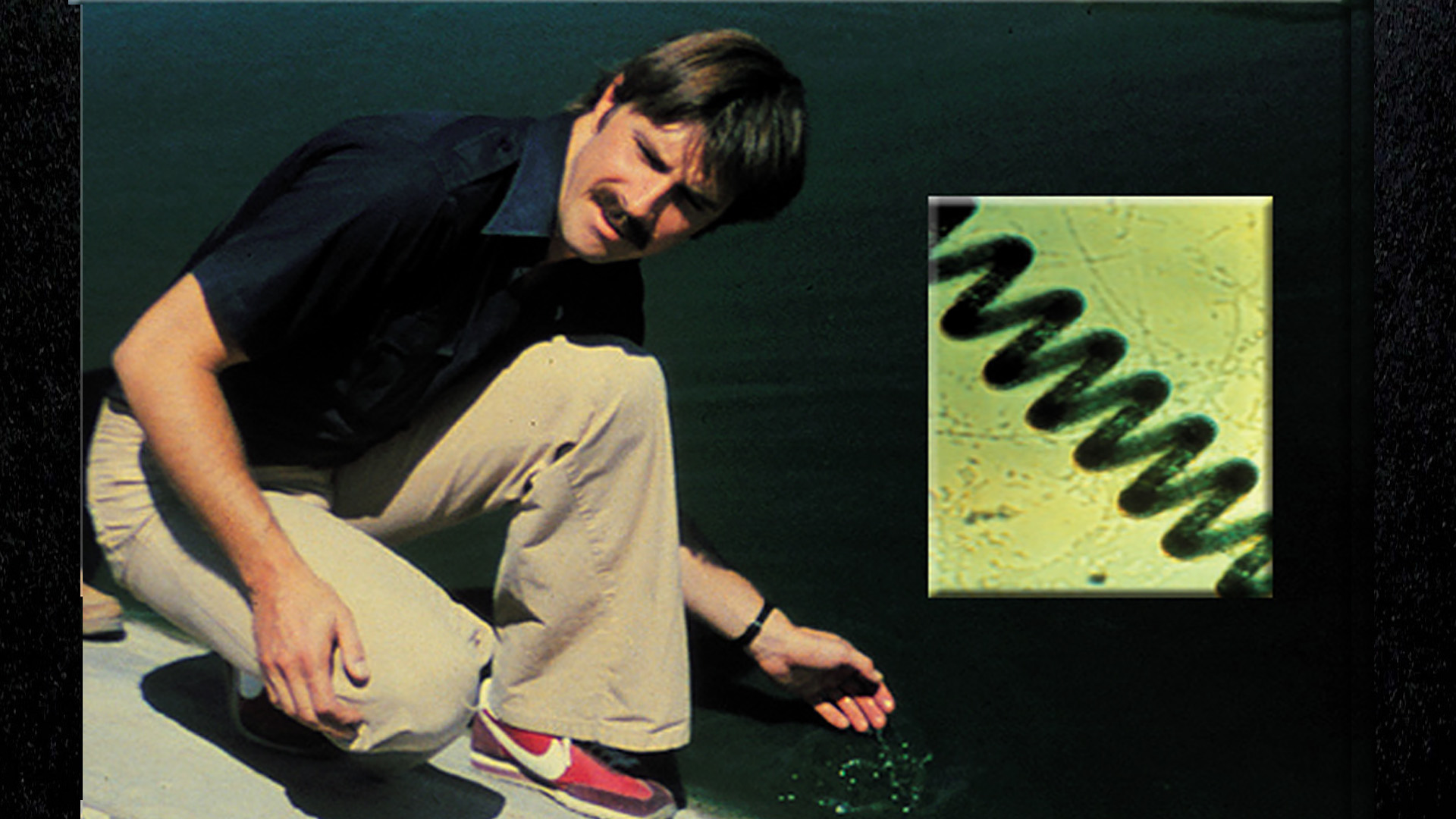 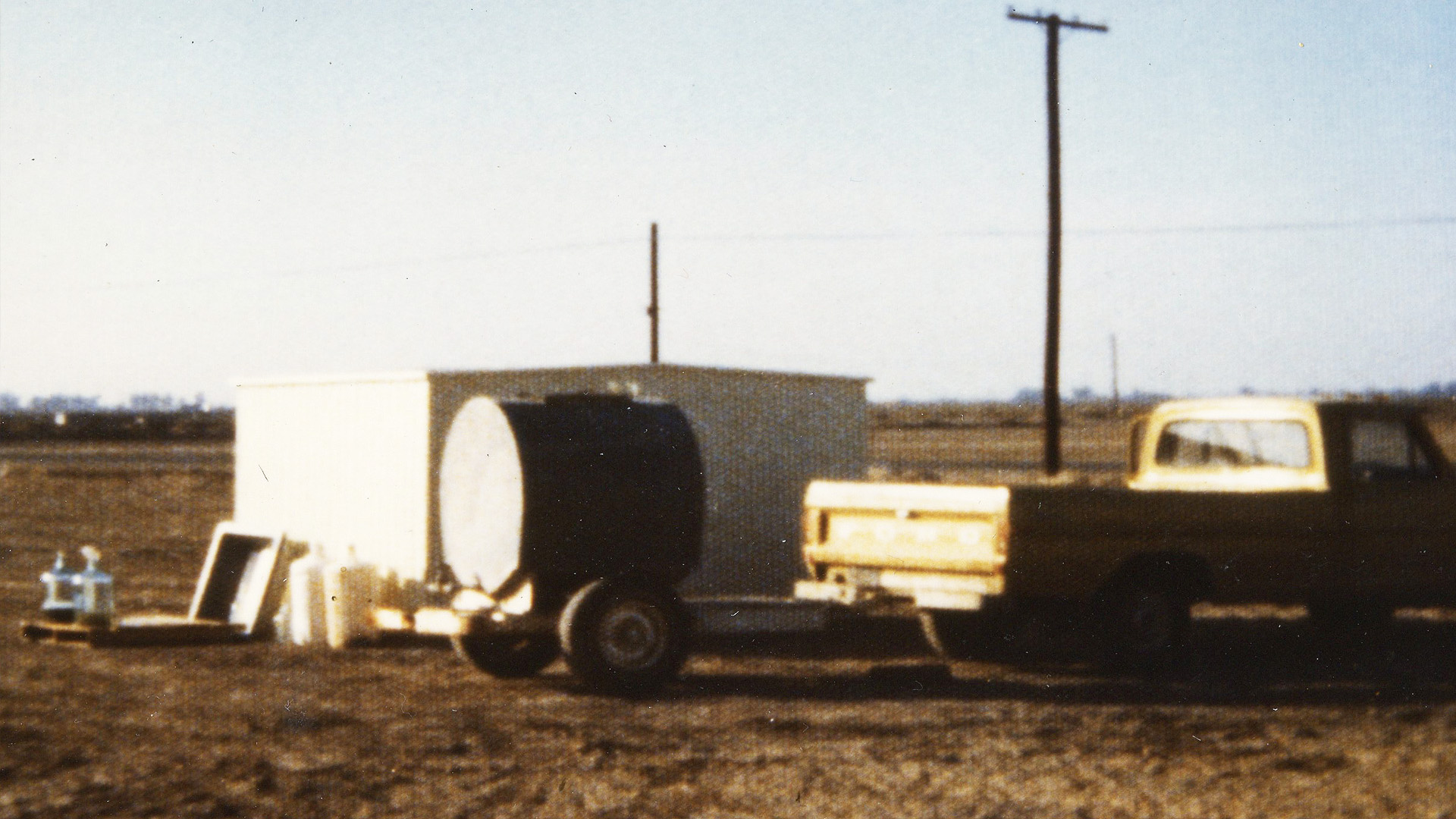 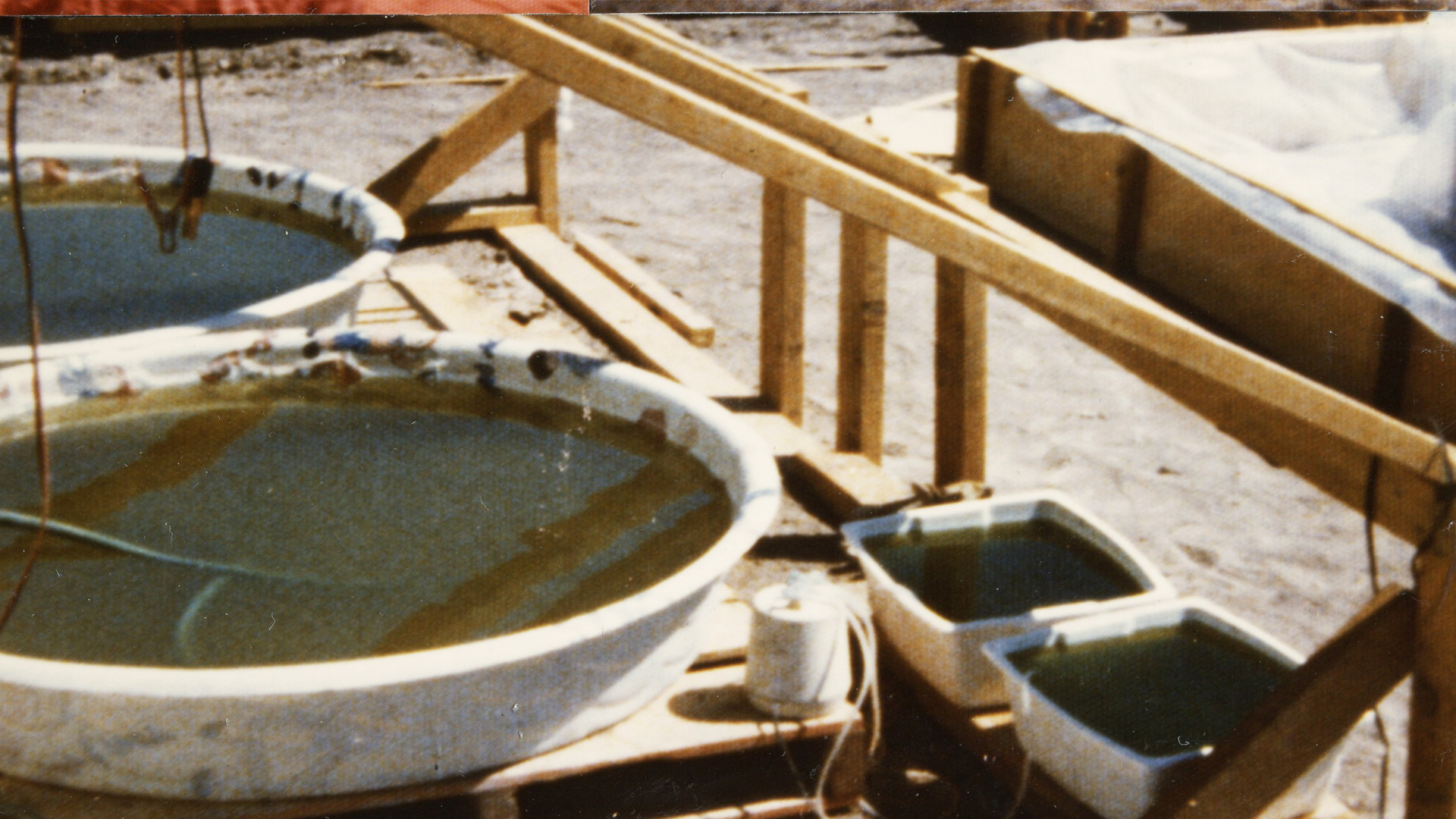 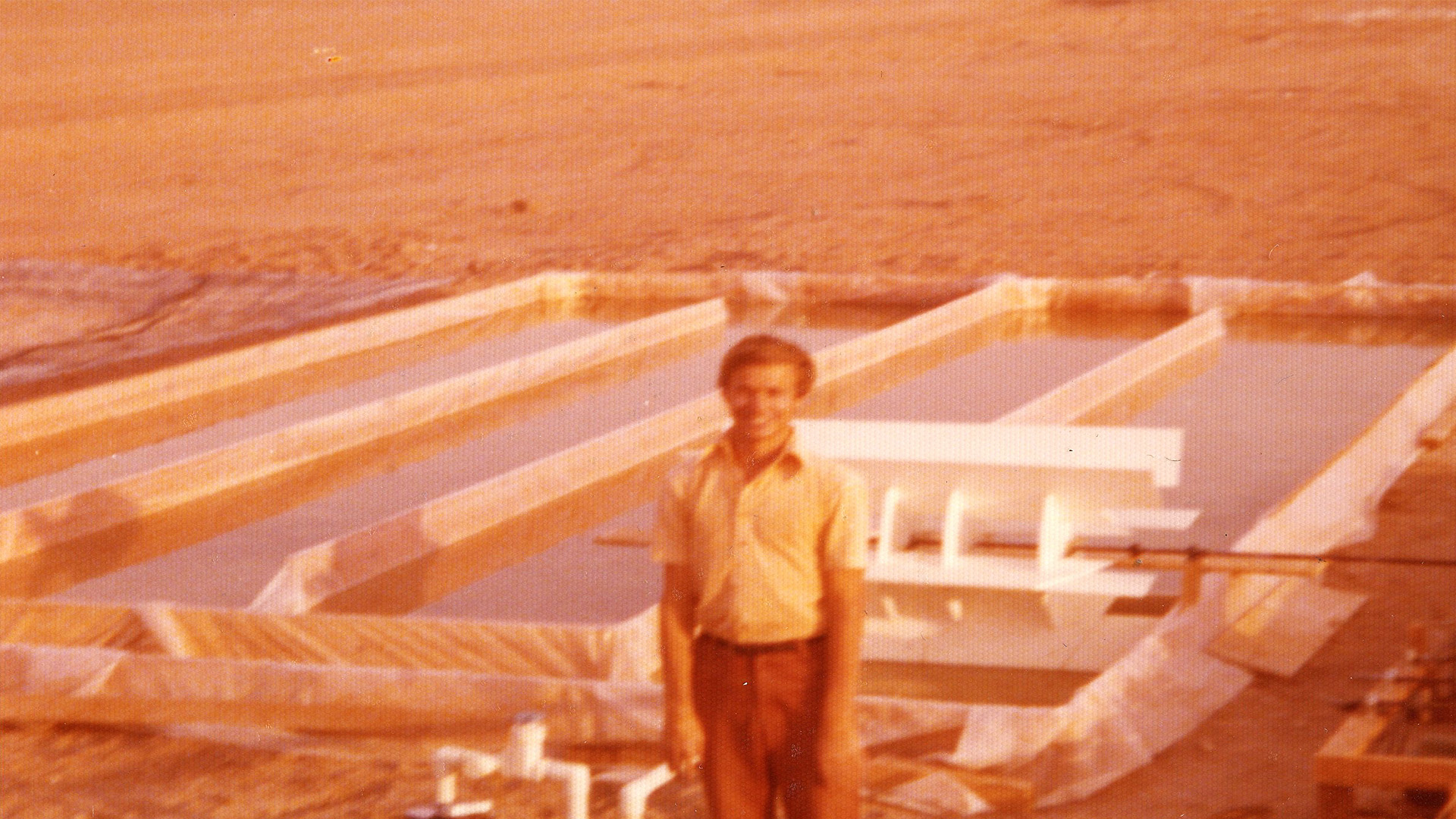 First pond with paddlewheel • Robert Henrikson excited about next step 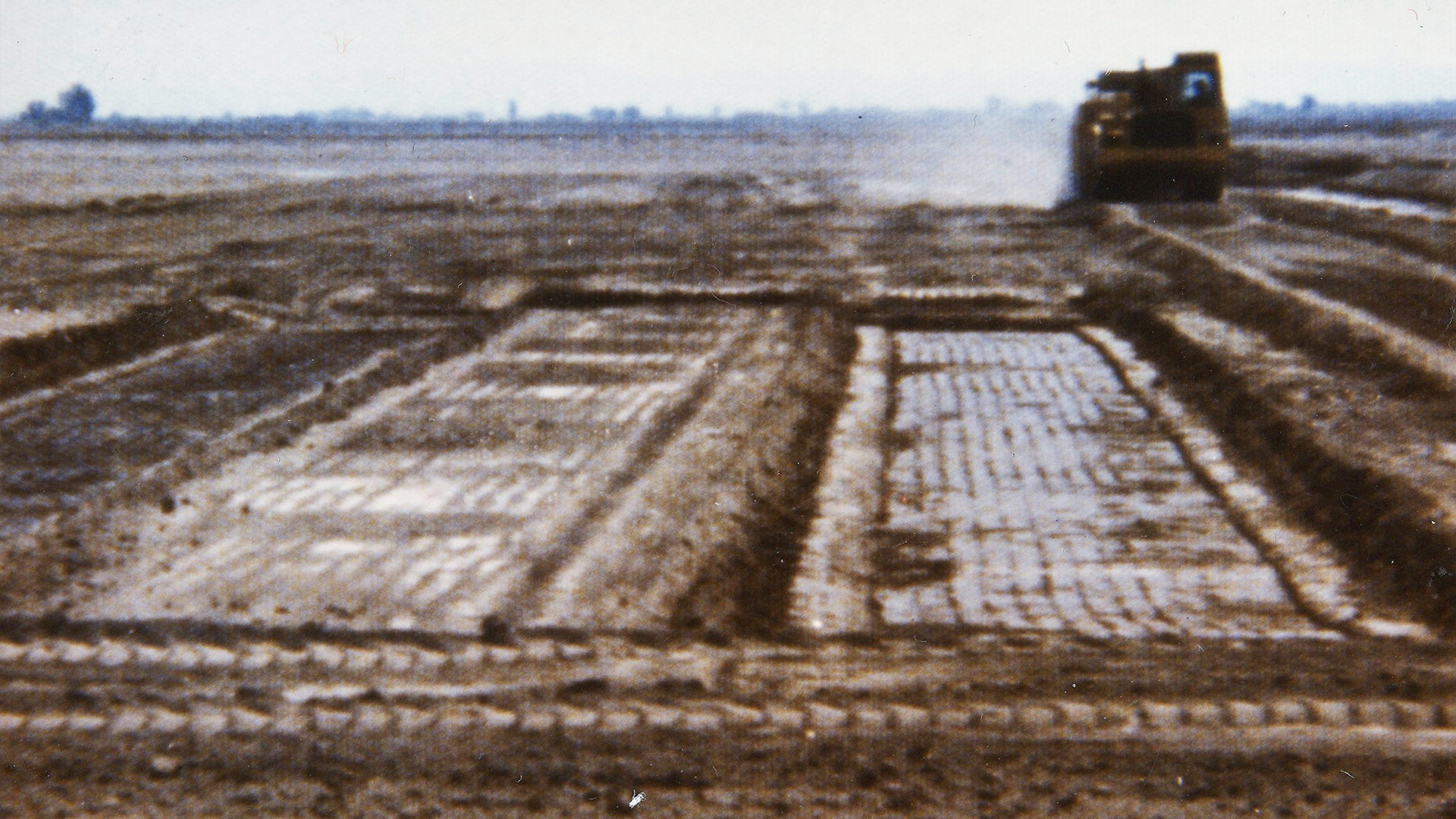 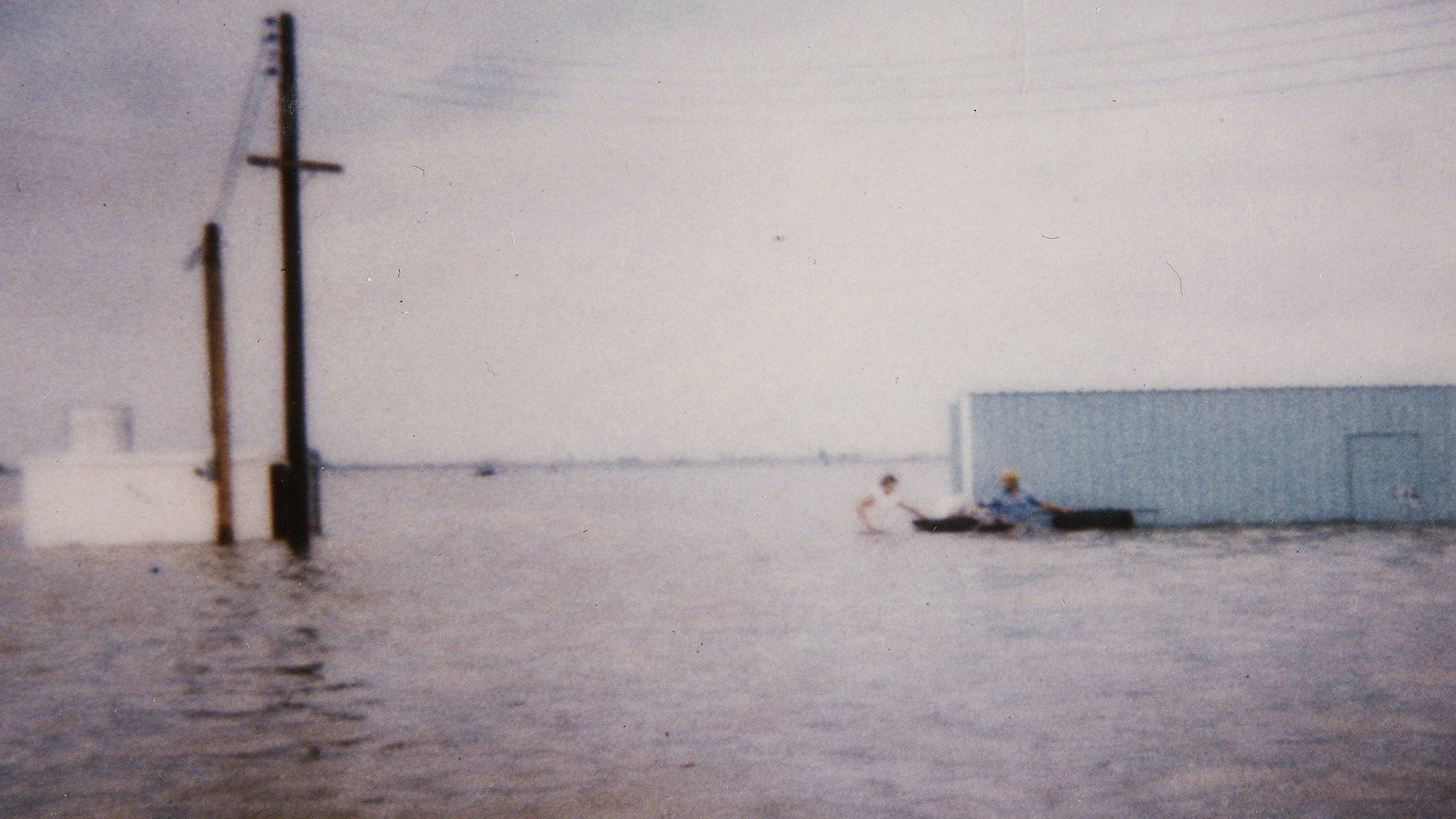 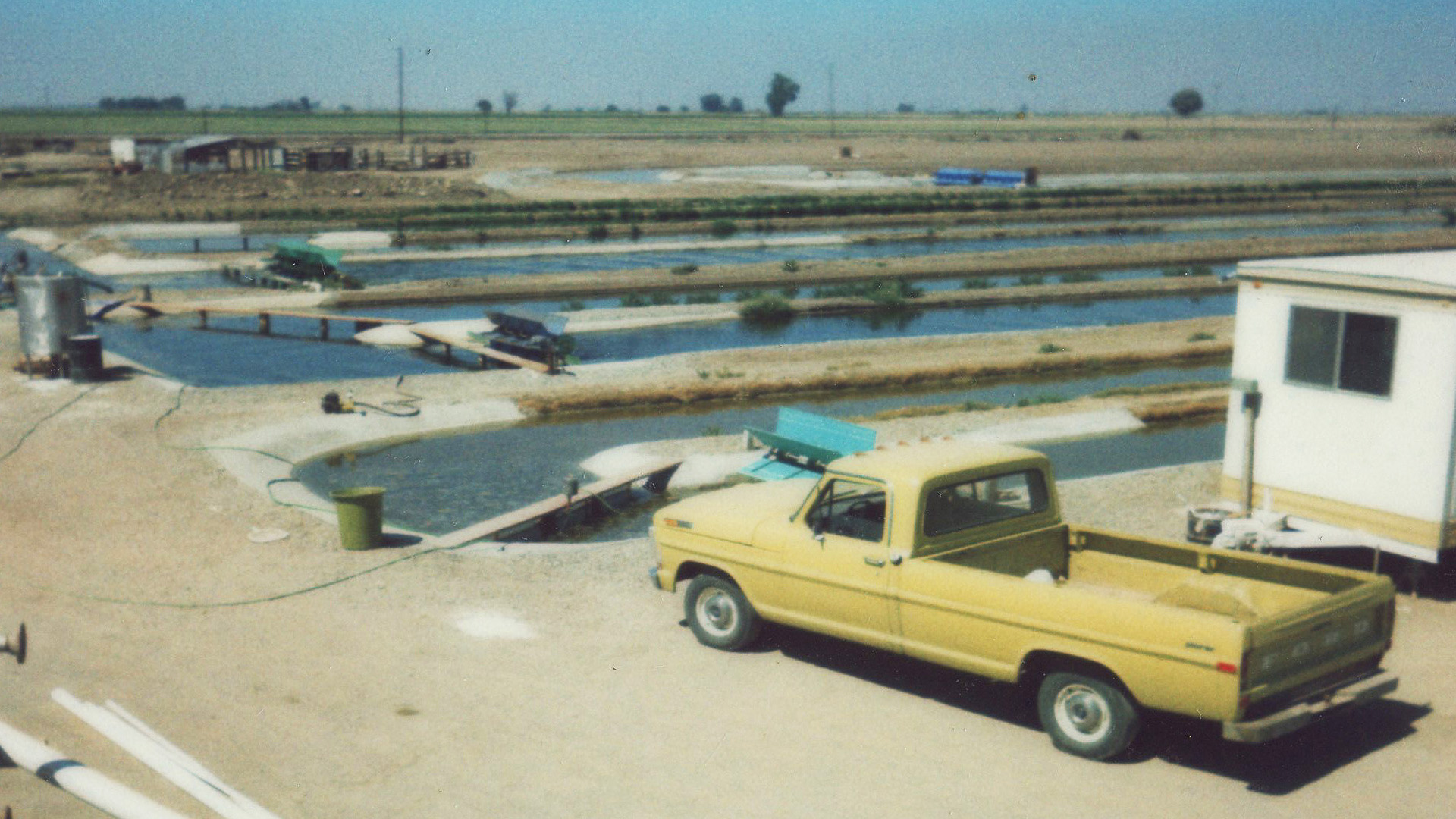 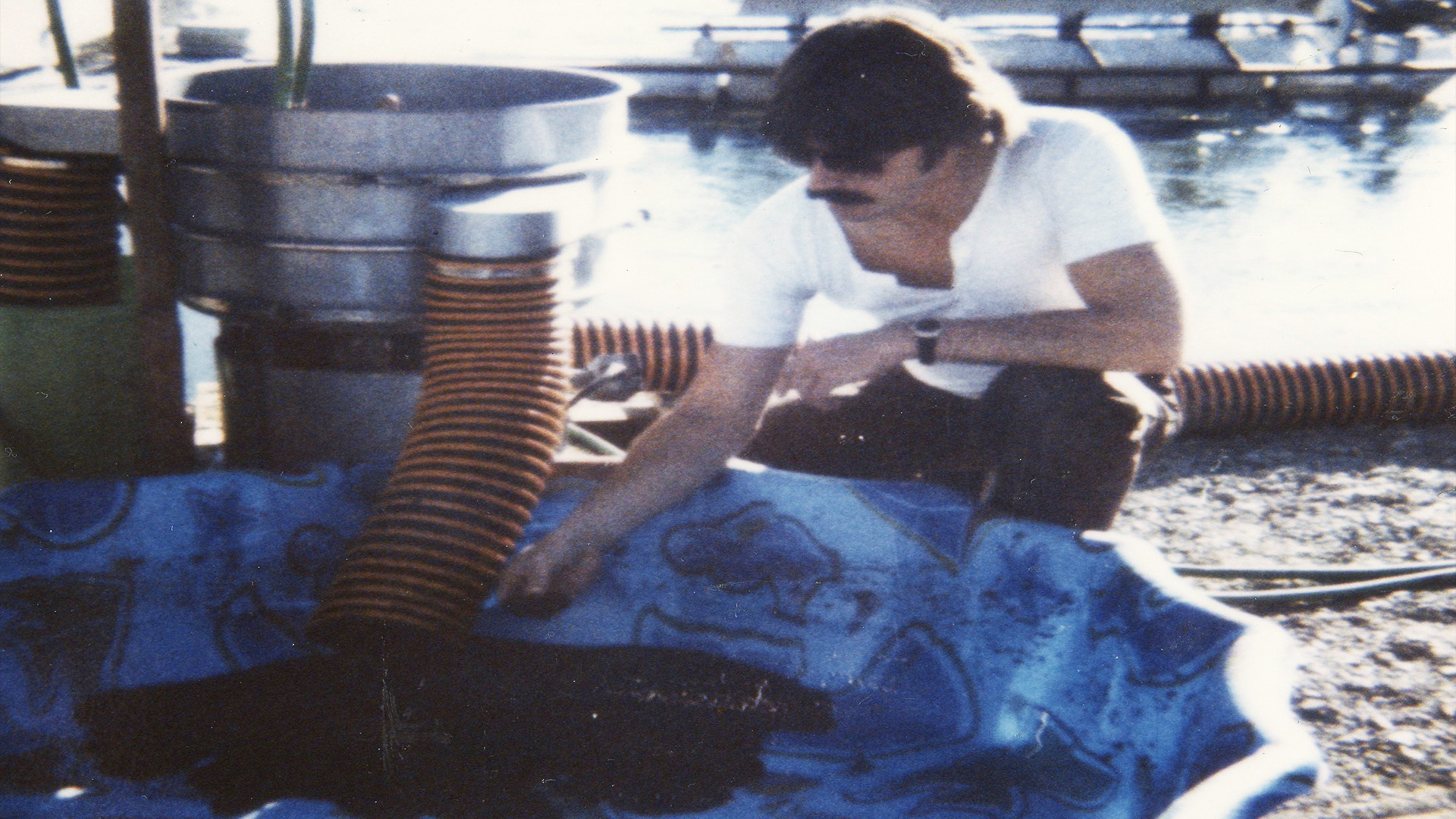 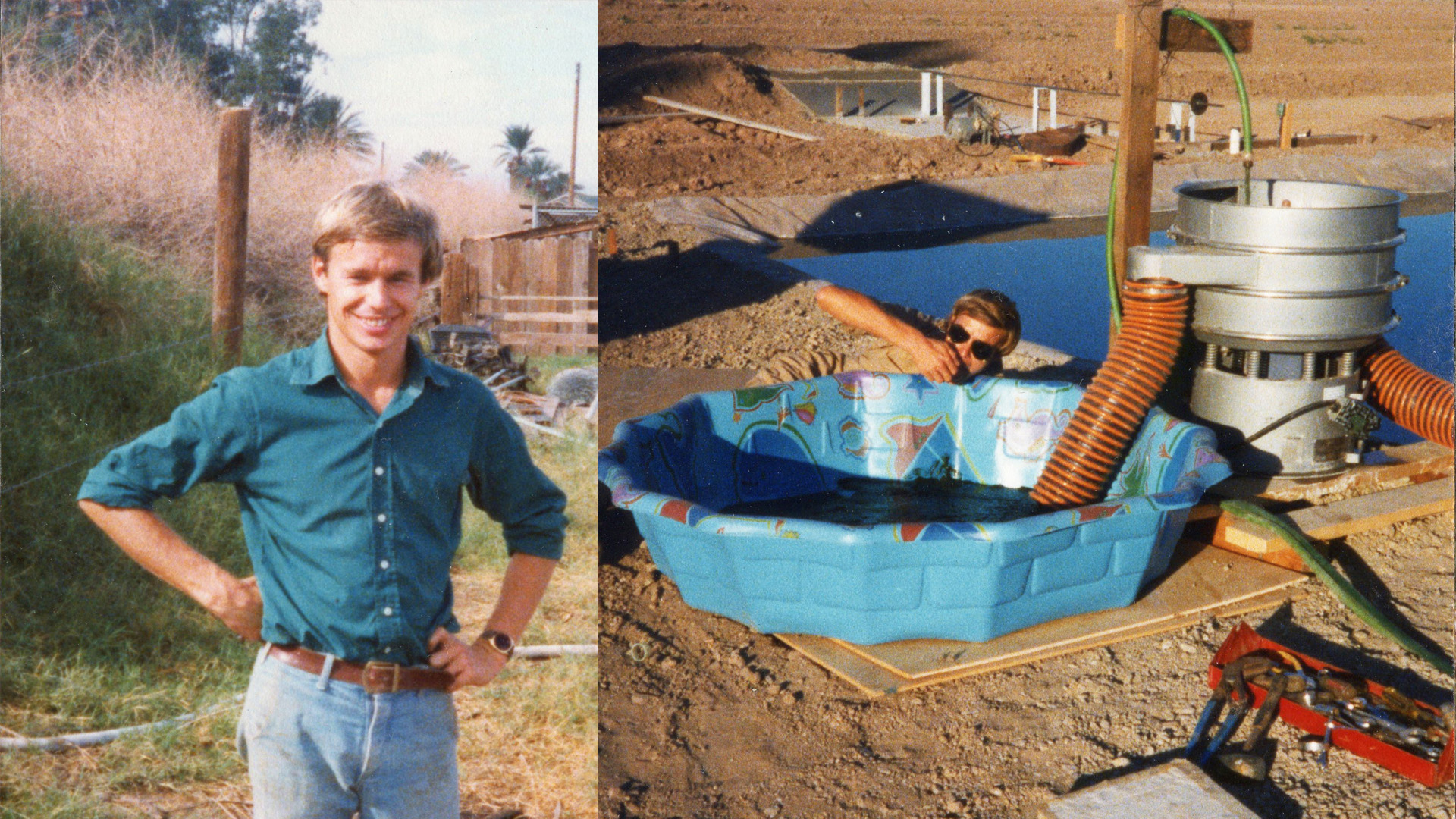 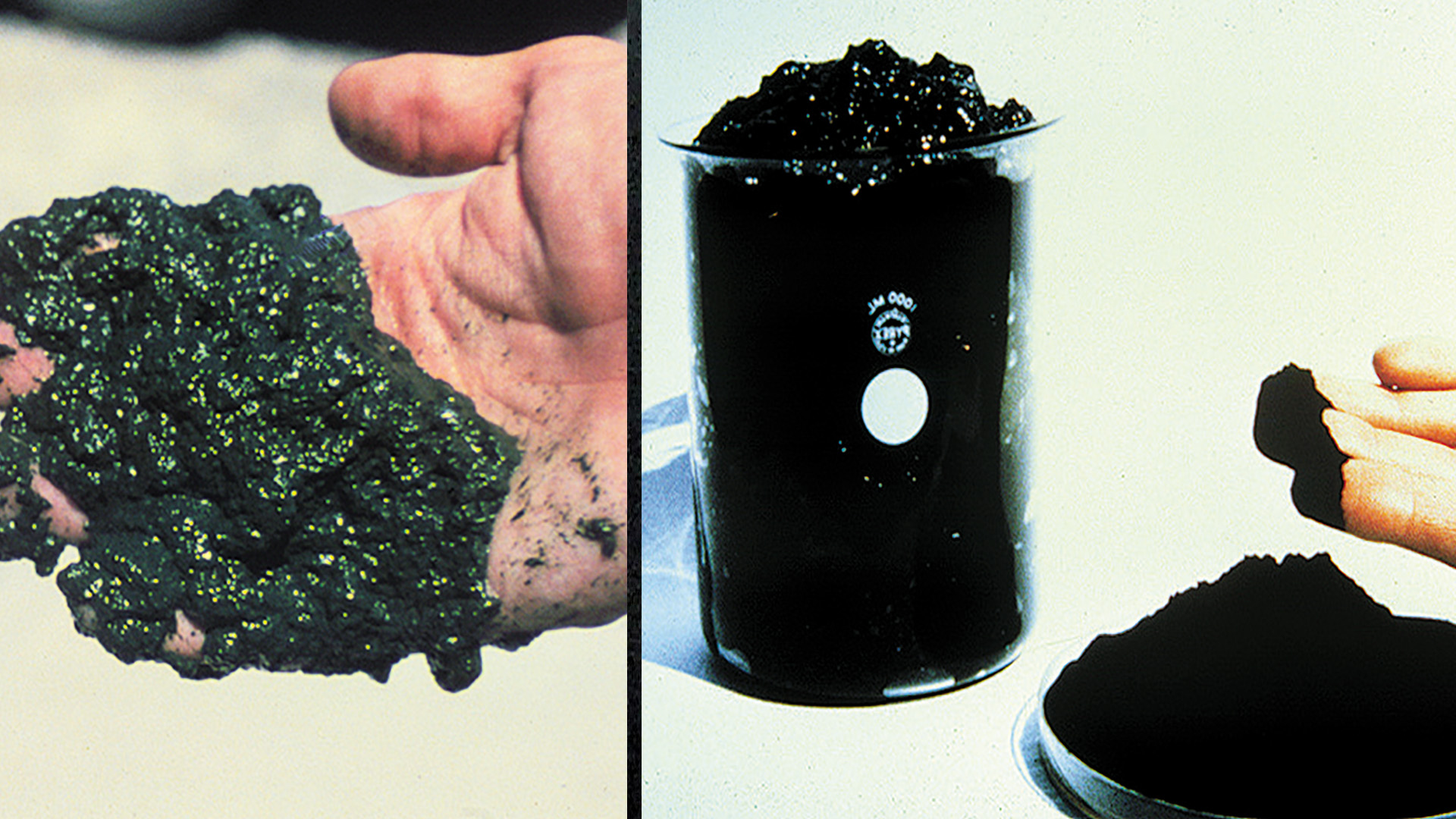 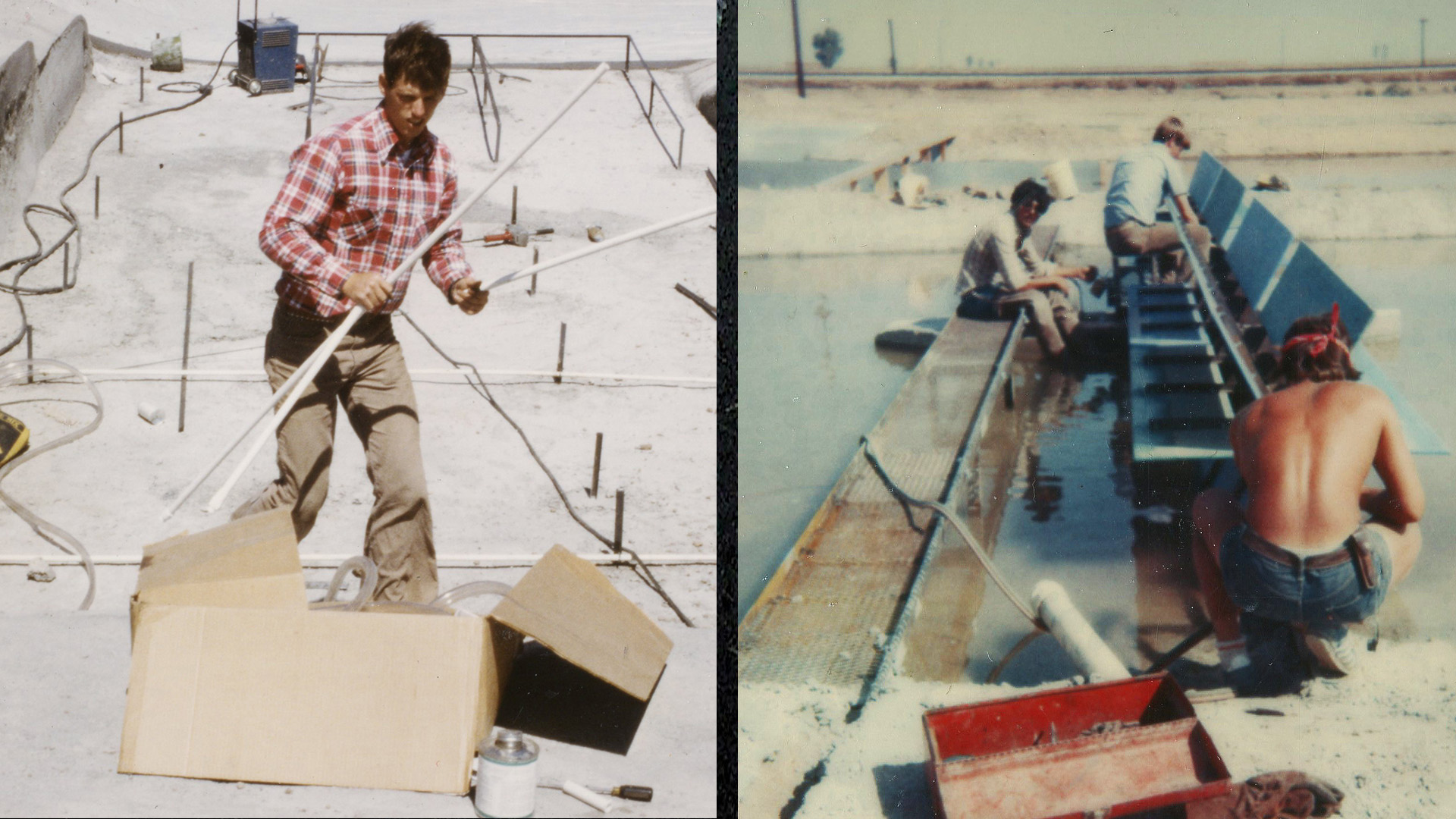 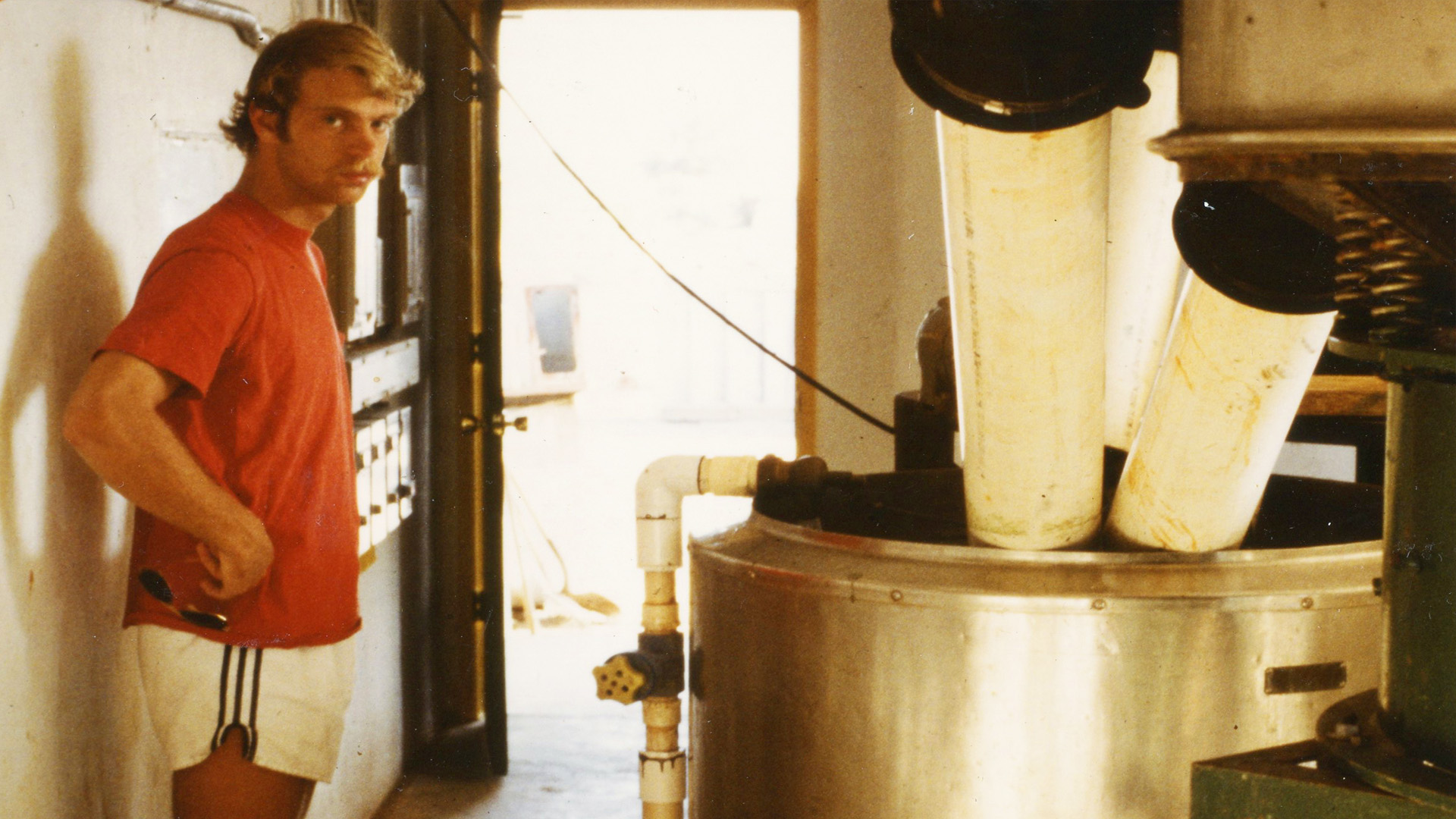 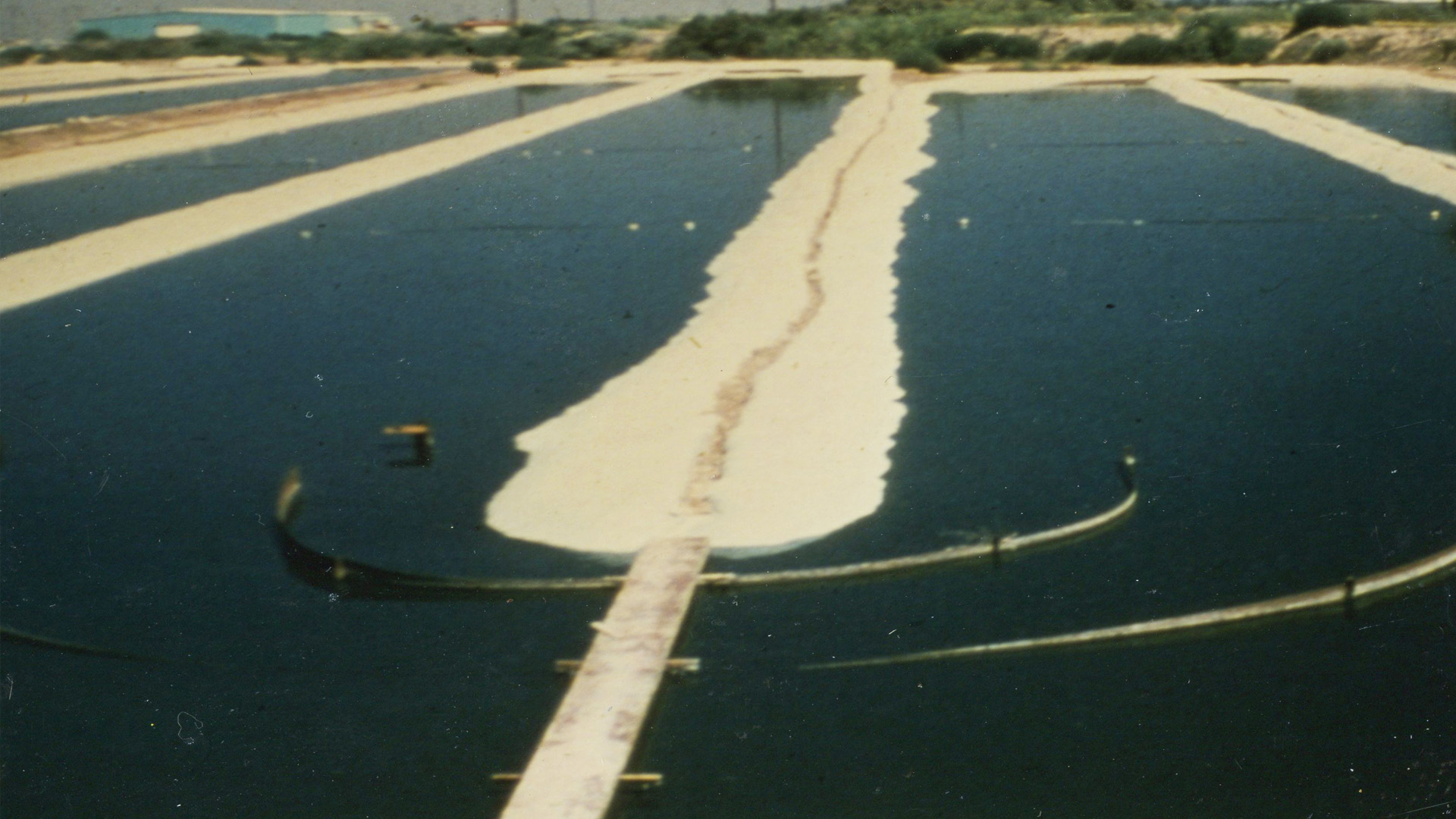 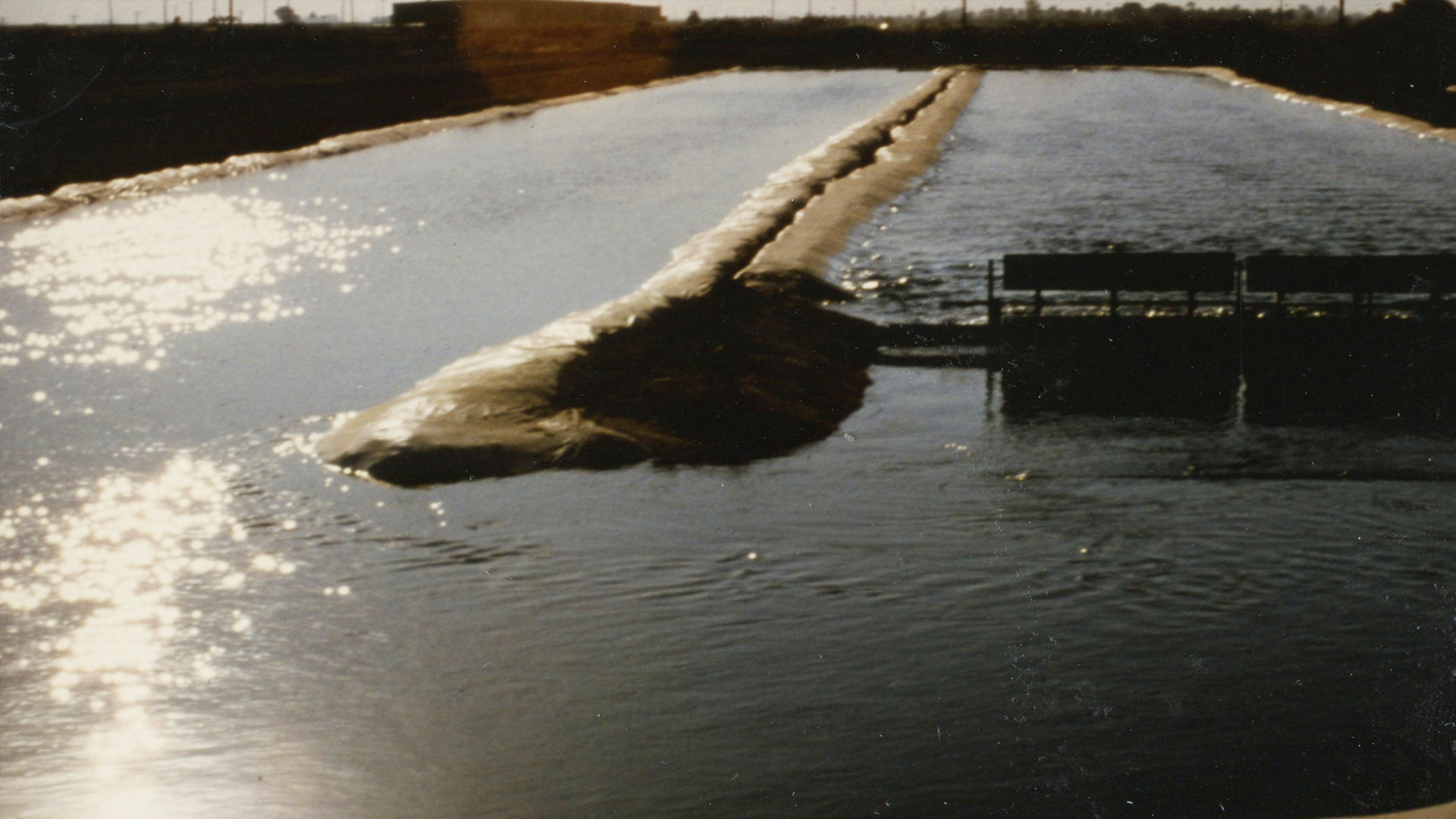 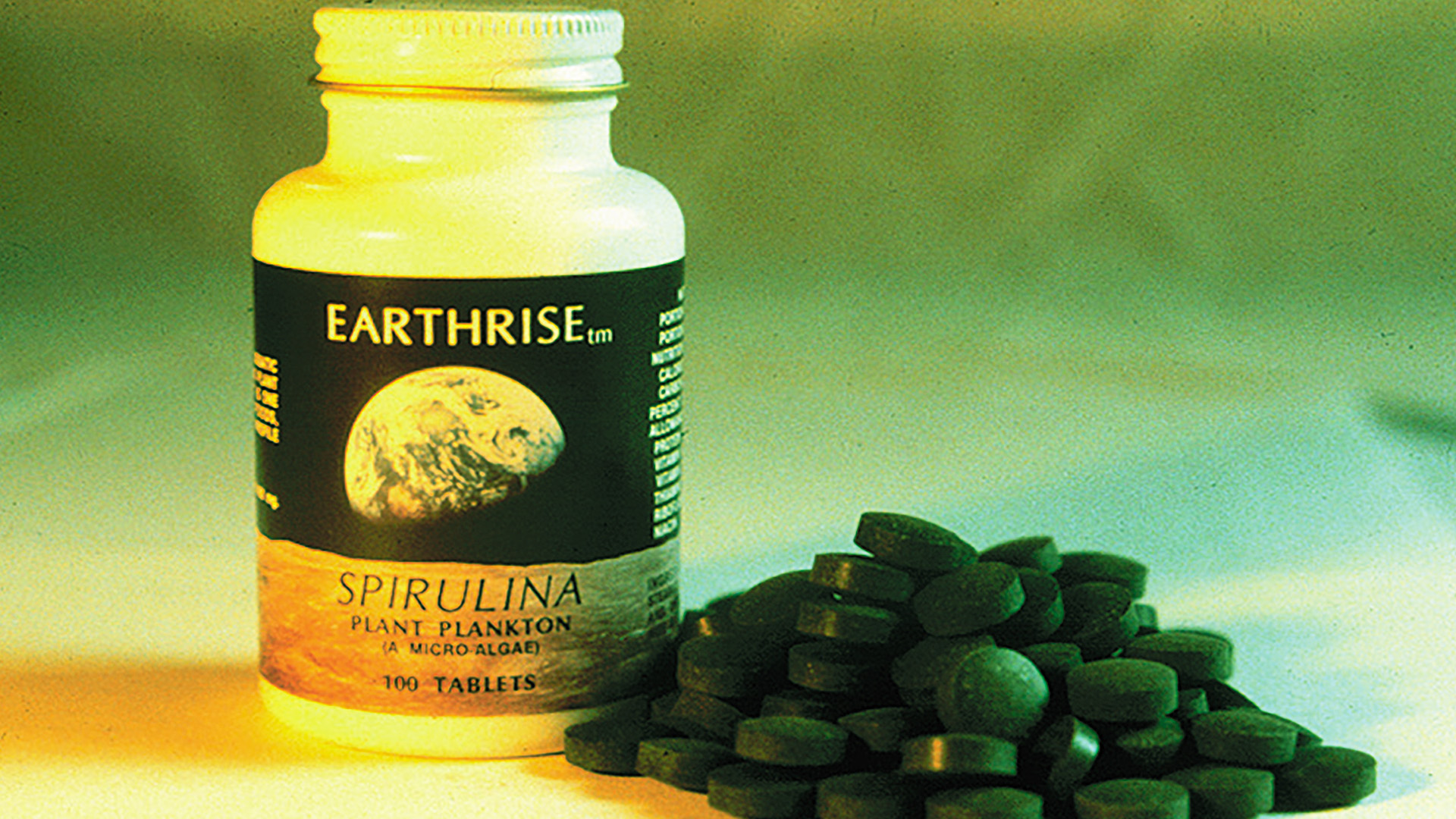 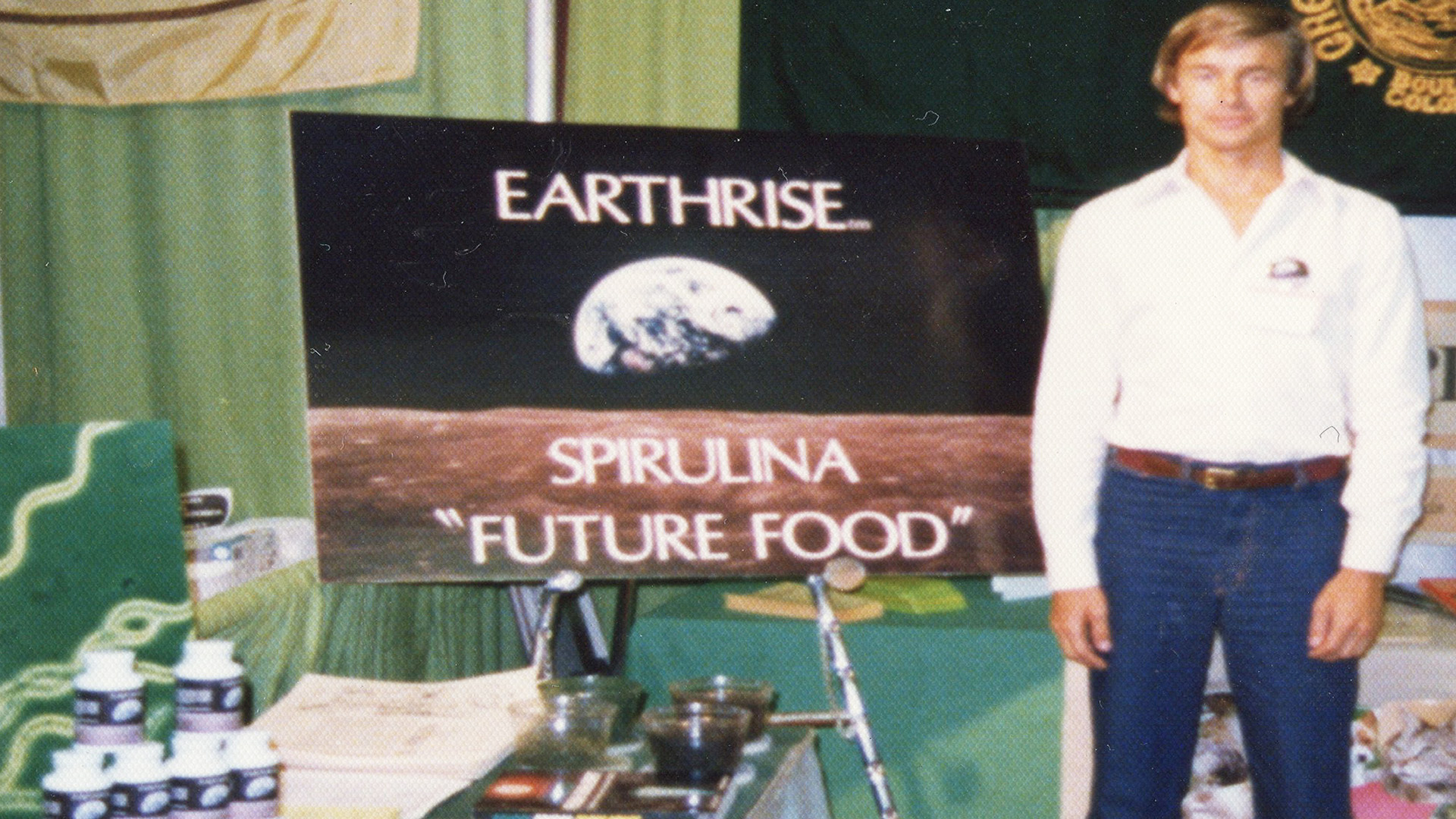 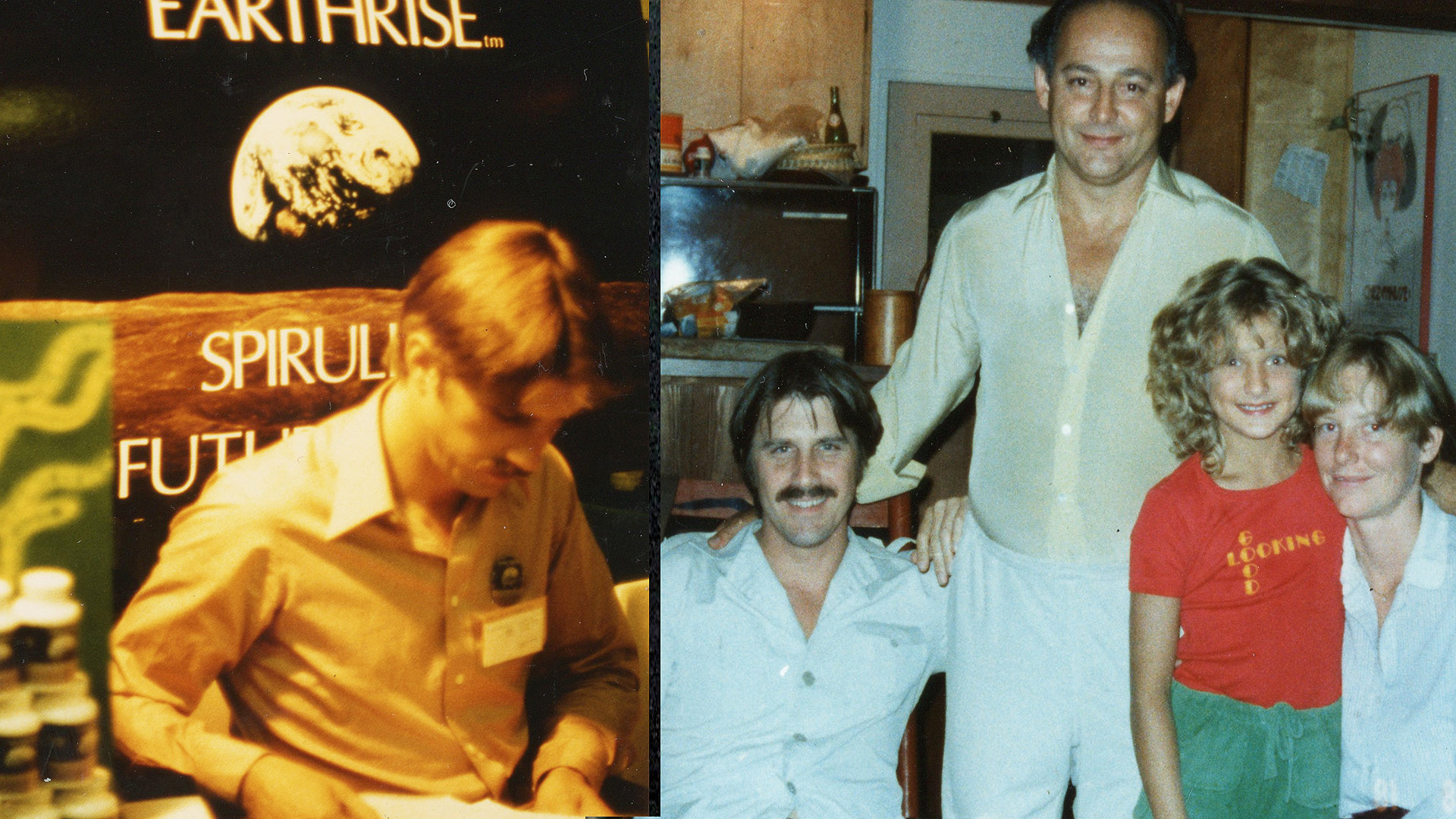 Larry promoting spirulina at shows, to friends and everyone 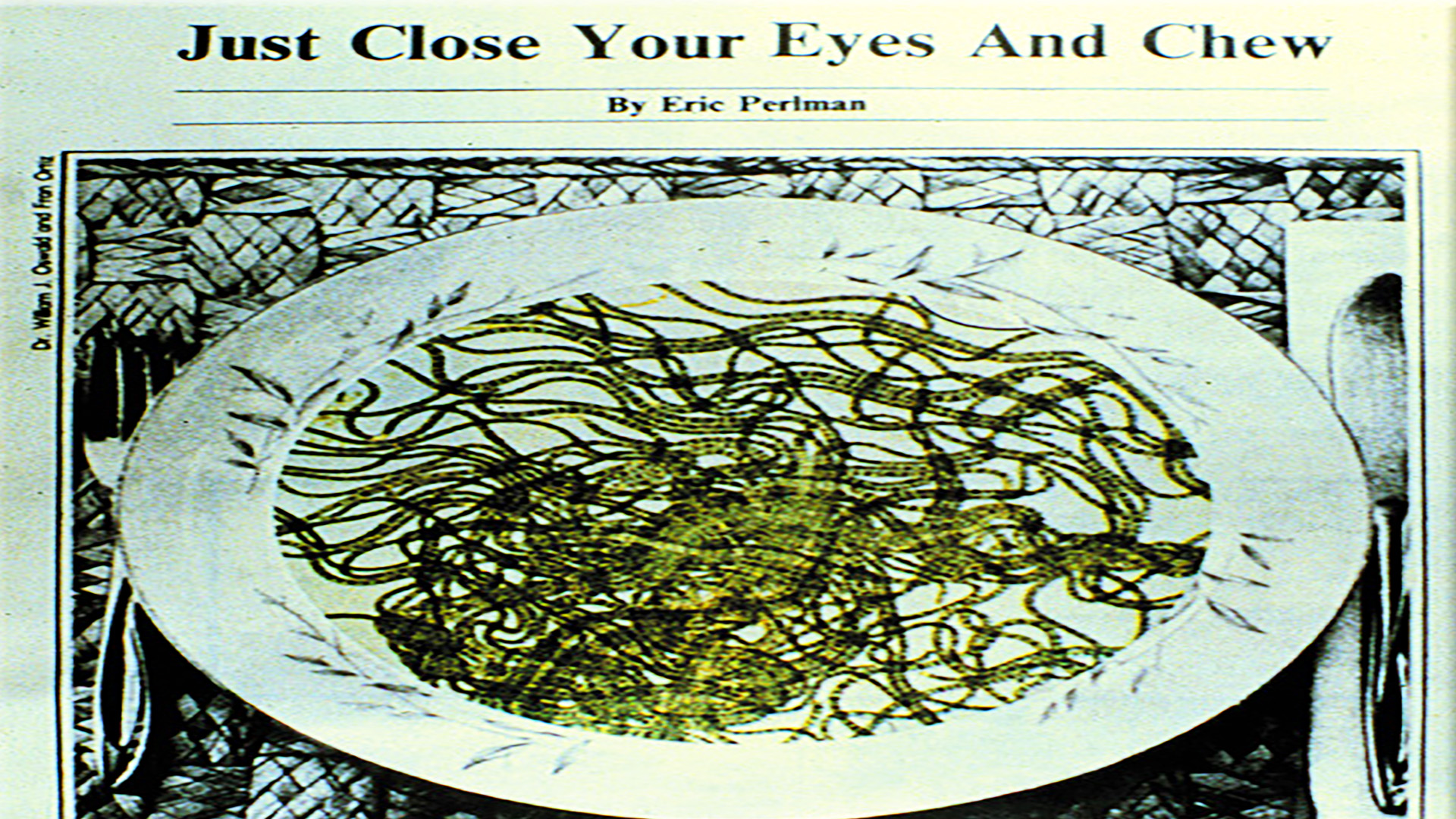 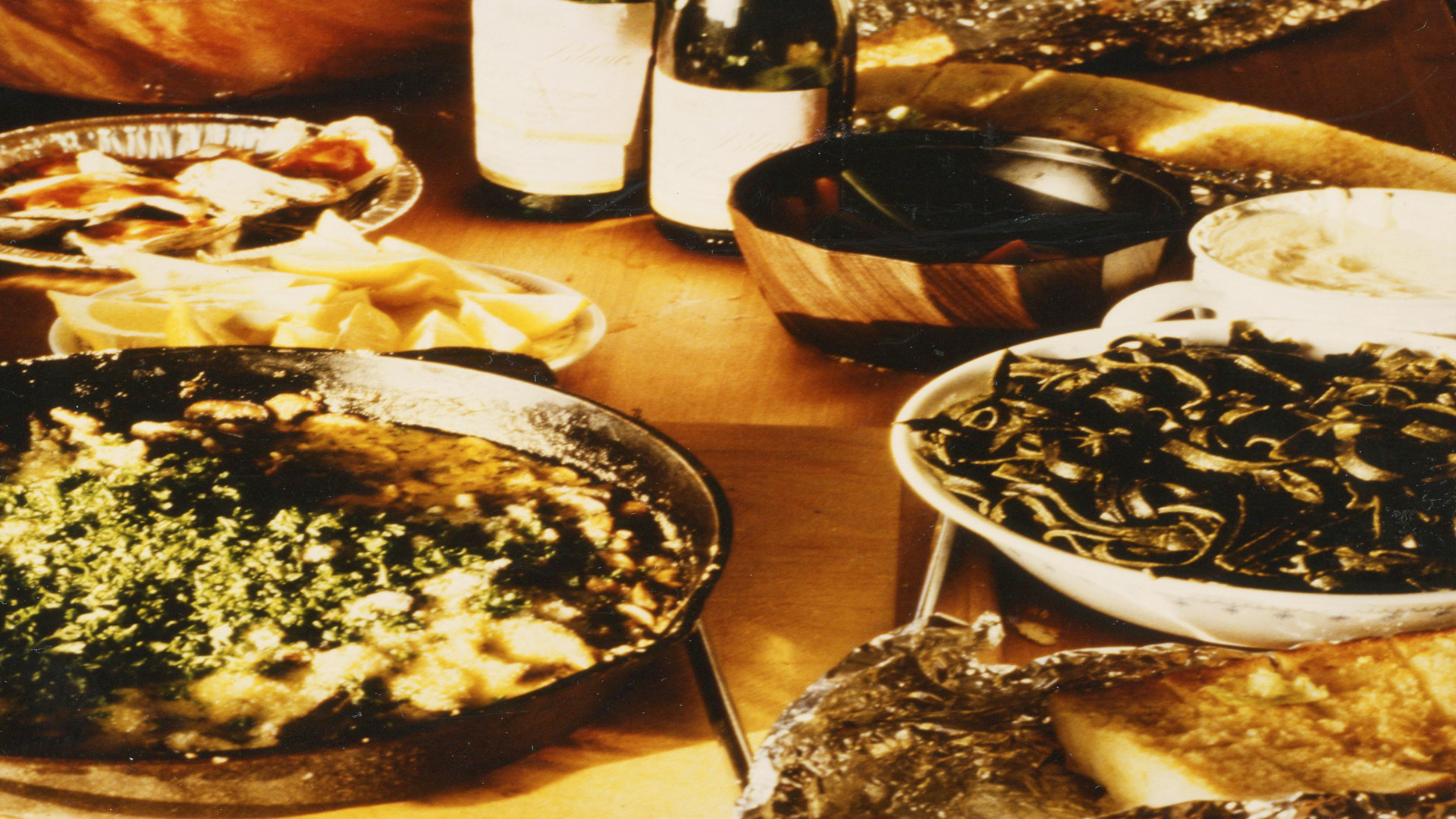 Experimenting with spirulina in foods • fettucini and aquamole dips 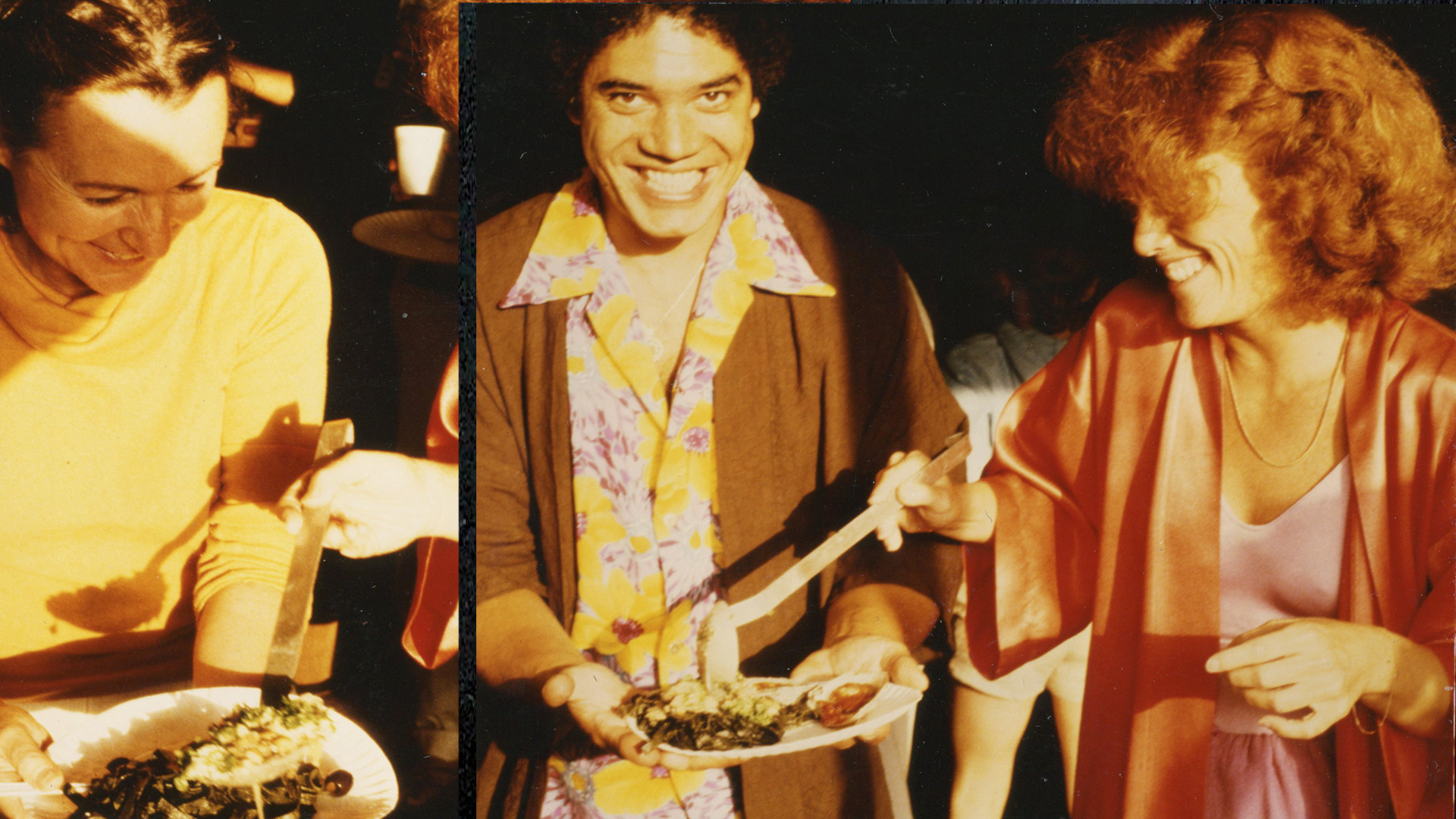 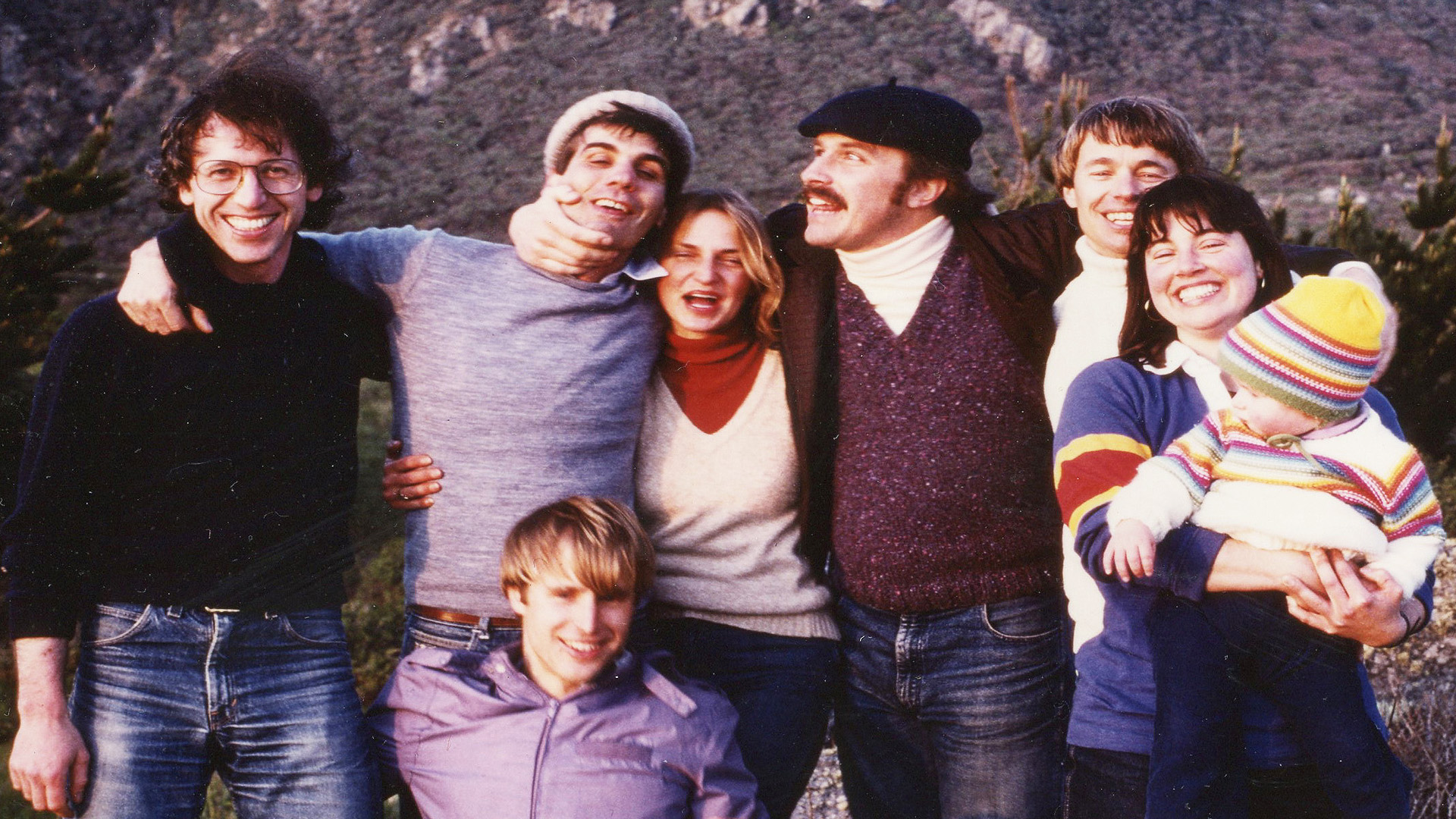 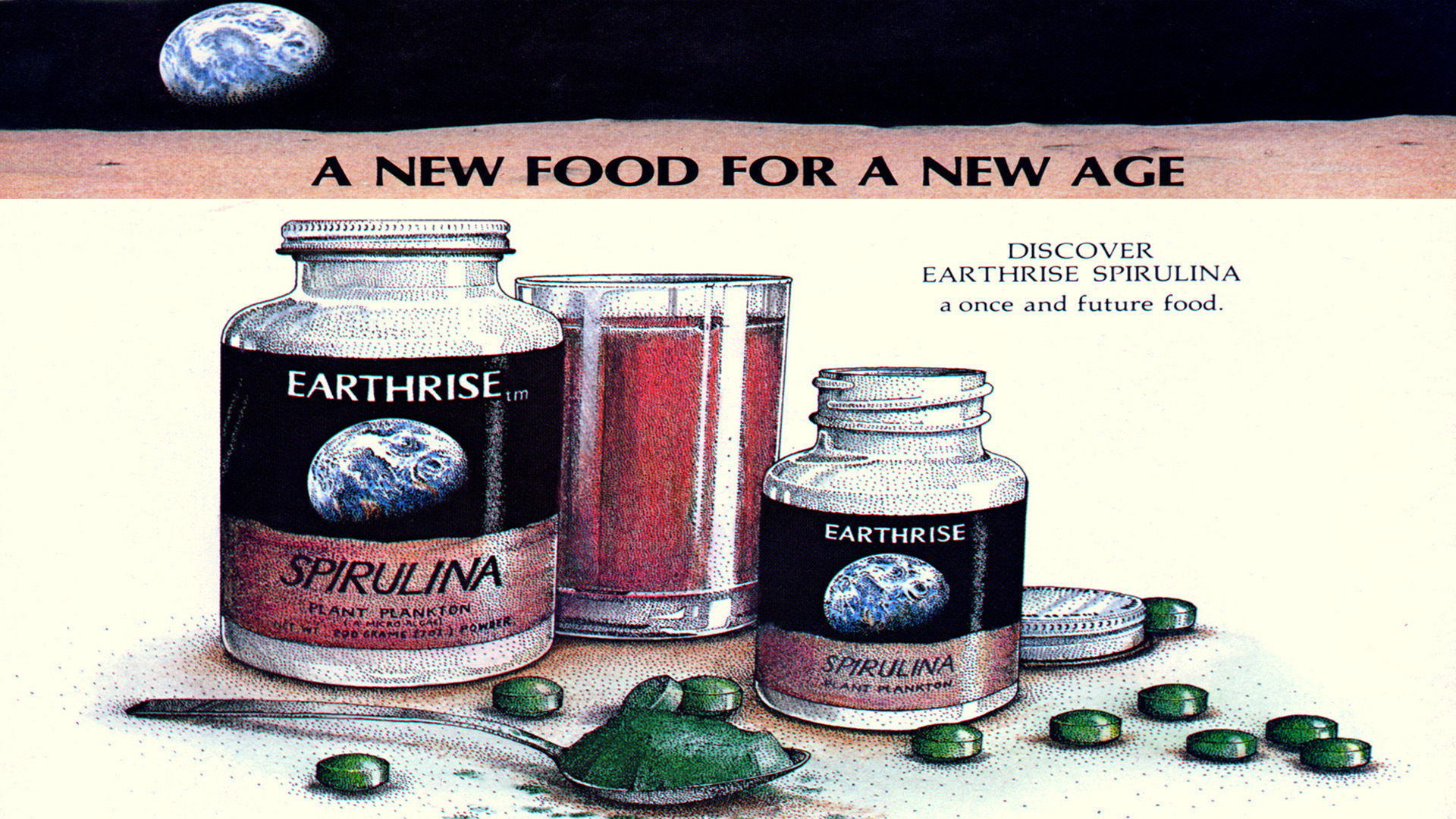 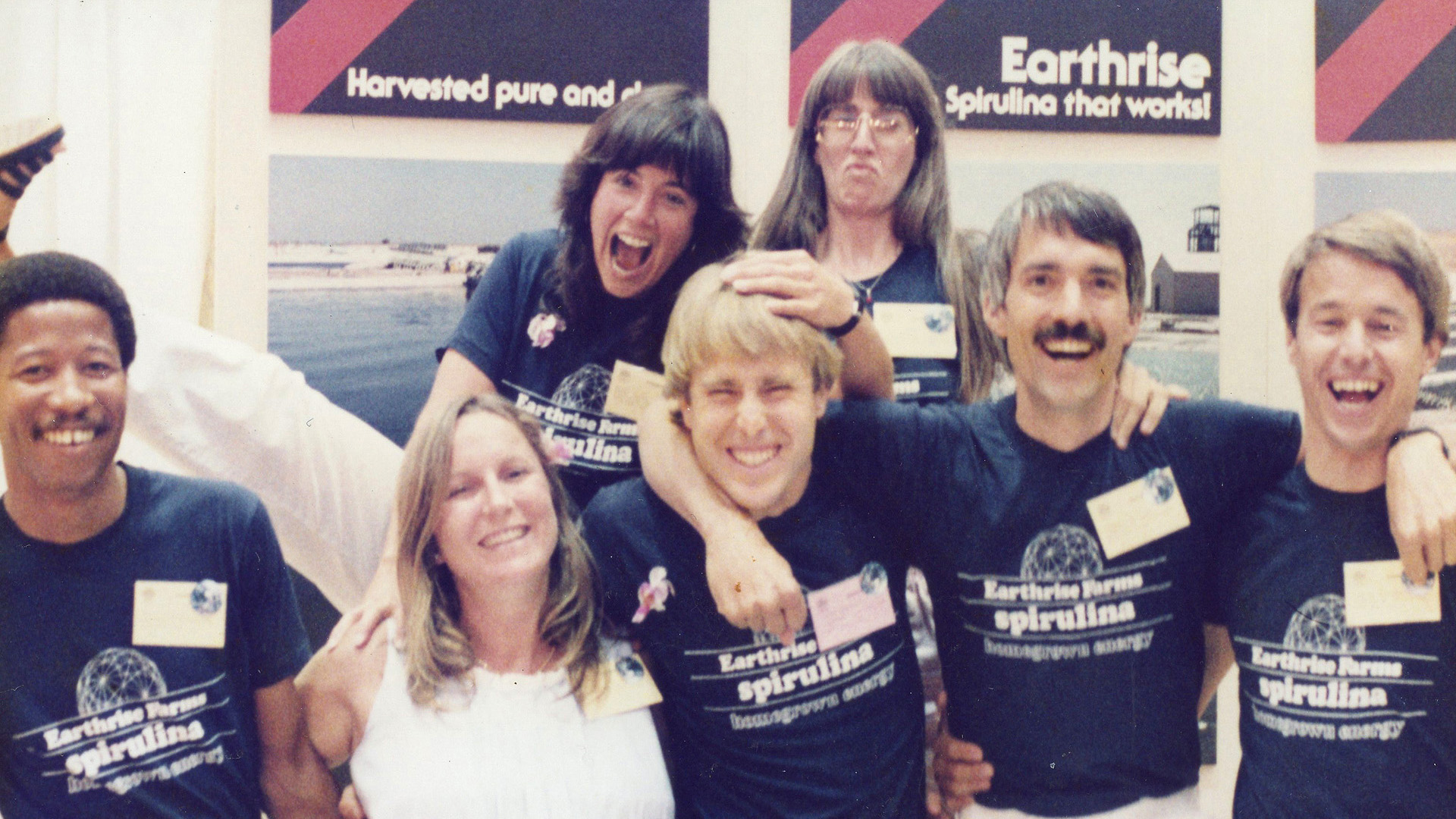 Earthrise® marketing team Boulder Colorado • In 1000 stores across the USA 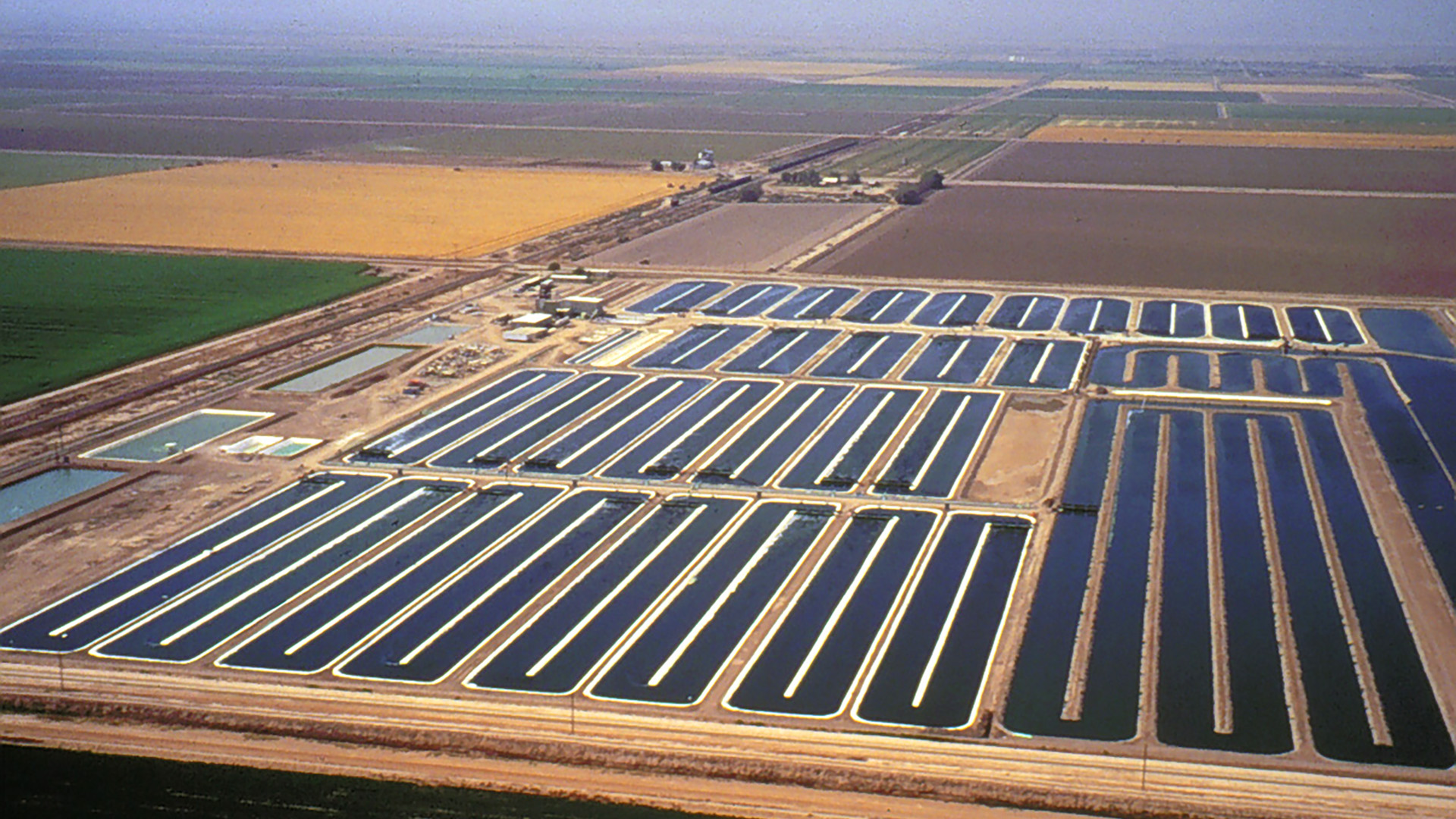 For three years our small team sweated in the desert to build a successful farm model. The first growing ponds were underway, but in August 1977, Hurricane Doreen wiped out our farm – in the middle of 10 square mile flood under 4 feet of water. We asked our investors for more funding, relocated to a new site. Ron Henson showed up to help with construction, and eventually became Ops Manager of Earthrise Farms and Sales Manager for Earthrise. We developed larger growing ponds, tested harvesting and drying..

In 1978, we chose Earthrise as our trademark- NASA’s photo of the Earth rising from the moon’s surface. This image represents our awakening to a new Earth Rising. Earthrise sales and marketing were directed by Robert Bellows and Terry Cohen of Boulder, Colorado. Earthrise® began selling in natural food stores in 1979 and gained popularity fast.

We began looking for several million dollars for a commercial farm. We began importing spirulina, and developed a partnership with DIC, a Japanese corporation growing spirulina in Thailand. Together we founded Earthrise Farms, the first US production farm in 1982. By the 1990s, Earthrise became the world’s largest spirulina farm, and is operated today as Earthrise Nutritionals by DIC.