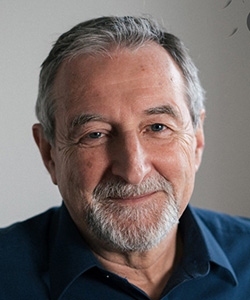 David’s companies have been Board level advisers and consultants on over 200 strategic corporate and business development projects, as well as designing and developing over 2,500 brands.

David was an advisor to: SABMiller on the future of brewing, Barclays Bank on setting up a new bank in the USA, BP Castrol on innovation, and worked with the Government of Trinidad & Tobago on ‘How to Turn the Country into a Digital Nation’.
Key clients have included: Nestle, Nabisco, PDVSA, Citgo, P&G, SABMiller, Deloitte & Touche, BC Hydro, BP, Amex, Duke Energy, Ford, Holcim, HP, Lufthansa, Cargill, Mexicana de Aviación, Makro, PriceSmart and Visa.

In partnership with GTE (Verizon), he launched the first Internet company in Latin America and with SAIC launched a new venture dedicated to Energy Utilities.
David has lived and worked in Europe, Latin America, Caribbean and USA, he holds an MBA in Technology & Innovation from Theseus (EDHEC), France and a postgraduate degree in design (London). He speaks Spanish and English.